A Day at the Races … A night at the Opera

A Day at the Races … A Night at the Opera

If it were possible to organise the perfect last day on earth I think that for me it would be something like this:

Ah well … Long may I live before this perfect day arrives … but in the interim, I have enjoyed many elements of the dream. The rugby I mentioned in an earlier travel story (although the Wobblies did not win) and then there were the two days I have compressed into one final “Go out with a bang” programme, with a visit to the Chiang Mai horse race track and an evening with Butterfly, Suzuki and Pinkerton.

Thanks to the Blues Brothers – nope – to the Marx Brothers – for giving me such a lovely title for this story!

The 1960s television series featured the amazing Mr Ed – but I did not see too many talking horses when friends and I spent a lovely long afternoon at the races in Chiang Mai. There were, however, many jockeys and owners who whispered sweet nothings into their mounts’ ears:

Royal Ascot and Australia’s Melbourne Cup are quite glamorous occasions when the horses and the races are almost incidental. The track-side fashions, the gourmet meals in private boxes and the fabulous fortunes made or lost seem to seize the day and the old nags and the sweating jockeys are a bit of an intrusion.

Not so at Chiang Mai races.

We had planned it well – taking food and bubbles in ice-packed polystyrene boxes to the air-conditioned grandstand. Entry to the open grandstand is just twenty baht (less than a dollar),  while the ac rooms are a hundred baht. Brenda’s splendid Coronation Chicken was on offer along with Madeline’s pastries and yummo open sandwiches (smoked salmon and cream cheese, or baked butternut pumpkin with assorted seeds and bits of greenery) from The Larder – a lovely little restaurant a few metres from my condo building.

Anguish after a lost race

There are usually seven or eight races each Saturday, with long waits between each, giving visitors plenty of time to check out the stables and the horses, and for the punters to place more bets. Madeline is a NZ friend and keen horse woman. She often plans her holidays around countries where she can hire a horse and ride through the forests; I plan my travels around nudist beaches.  Madeline and I wandered backstage to see the horses being hosed down and fed, jockeys snoozing in hammocks slung between trees, and the food outlets and betting windows all doing a roaring trade.

Gambling is illegal in the Kingdom of Thailand … unless it is at the army-run horse races or at the State-run national lottery … so we placed our two-dollar bets on the horse with the finest fetlocks or the horse with the most handsome rider or the jockey with the most colourful silks … and took our winnings and lashed out in celebration, splurging on a sixty-baht chicken and rice meal delivered to us in air-conditioned comfort by the staff of one of the many stalls down at ground level.

Four feet in the air

These two actually have all eight feet in the air

Adam, another friend with us that afternoon, is an enthusiastic photographer.  He spent part of the afternoon in a judge’s box several metres above ground level in the home strait hoping for the perfect photograph, and then strolled down the race track between races to perch himself on the rails at the first turn to get the dreamed-of head-on shot of the snorting nags as they rounded the first corner. I doubt there are too many city race tracks where visitors can stroll along the race track to a good advantage spot for an action photo. 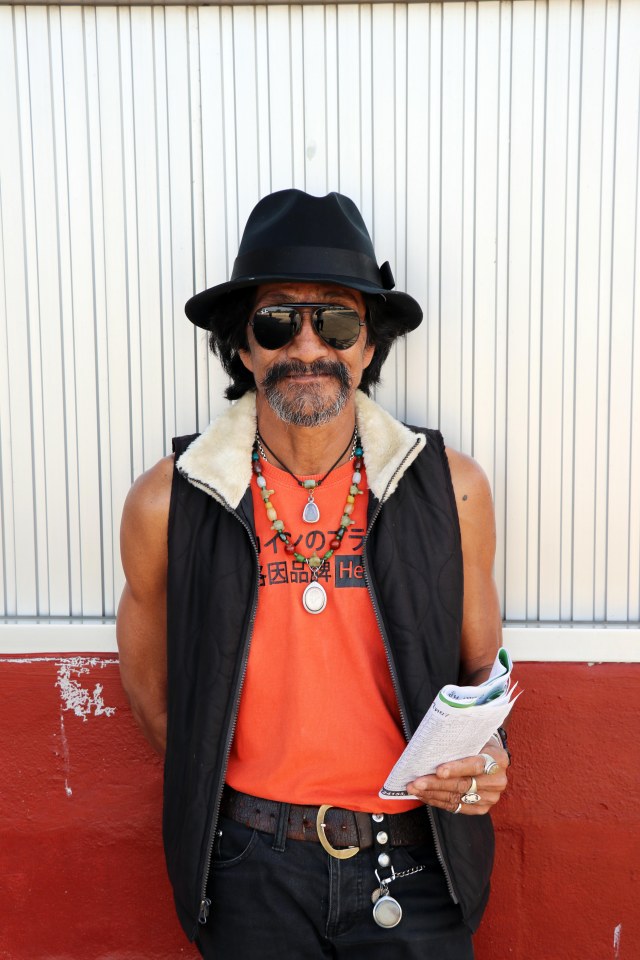 A face at the Races

What a cad he is!

No – not Adam, nor the charming fellow above – but Pinkerton. He really should not receive the traditional floral bouquet at the end of the show – but a jolly good beating! But I am getting ahead of myself.

Madama Butterfly is the tragic story – retold to modern audiences in Miss Saigon – of a United States serviceman who seduces an innocent and trusting girl, marries her, leaves her pregnant, scoots off back to the good ol’ US of A, and returns several years later with a “proper” US wife, finds he has a son and is too late to stop his Japanese / Vietnamese wife from choosing death before dishonour.

Yes – pretty cheery stuff – and guaranteed to leave a tear or two in the eye of all but the most hardened opera goes. I blubbed when I first saw this opera many years ago, performed by the ENO at the London Coliseum in St Martin’s Lane, and confess to having to sniff and sob a bit in Bangkok last week. I am an old softie at heart!

Thailand and Bangkok do not offer a huge programme of western classical music. The annual Bangkok International Festival of Dance and Music usually has a Russian troupe presenting symphonies and one opera – but did not offer any opera last year. I was delighted when a local music buff emailed everyone to say that Flutterby was being presented in Bangkok for two days.

Maestro Somtow Sucharitkul is considered by many to be the man who almost single-handedly dragged Thai audiences screaming into theatres performing western classics. He directed this production (a simple but effective setting and acceptable but not lavish costumes) and conducted the Siam Sinfonietta Orchestra, which he co-founded in 2010. The orchestra was superb as were the leading performers.

Nancy Yuen, playing Cho Cho San or Madama Butterfly, was wonderful. A Singaporean born in Hong Kong, she is ASEAN’s reigning diva and has performed all over the world. As the beastly Pinkerton, Israel Lozano was not very impressive at first but I warmed to him as the show went on. Phillip Joll from Covent Garden was an excellent Sharpless – but his brown shoes were a bit off-putting! Butterfly’s maid and companion, Suzuki, is usually one of my favourites, but the Italian mezzo soprano Emanuela Barazi did not tug at the ice-cold Hall heart strings this time.

Operabase (www.operabase.com) ranks Madama Butterfly as the seventh favourite opera in the world, with La Traviata at the top having had (so far) over 4100 performances, followed by Carmen, The Magic Flute, La Boheme, Tosca, The Marriage of Figaro. Puccini has three of these, Mozart two, Bizet and Verdi one each.

I am always amused by language and names and how things may sound in one language and in another. Everyone likes a nice gift … No? Well – perhaps not in Germany where <gift> means <poison>:

Still, I am sure La Traviata would still be a very popular opera even if the world knew its composer Giuseppe Verdi as Joe Green.

The music features several heart-stopping moments. For most opera lovers, One Fine Day is an all-time favourite, and perhaps the greatest Diva of all time (opinions vary) Maria Callas sings it at www.youtube.com/watch?v=sLcbfF9ypmM. Other favourites are the beautiful Sweetheart do not weep, and Come My Love.

Act Two ends with a sad Butterfly sitting in her garden waiting for Pinkerton, whose ship recently arrived in harbour, to arrive at her house.  He does not come.  She sits waiting.  Night falls.  She waits.

Act Three is introduced by a long off-stage piece of music that a friend who is a professional theatre lighting designer said is nothing more than a great excuse for a thirty minute slow fade up of the stage lights as the long night of waiting moves into a new day as Butterfly still sits, waiting.  Umm – yes it is a great theatrical moment for lighting designers, but the Humming Chorus is also a bit more than that. Watch it and listen to it at www.youtube.com/watch?v=cpqpvGSR3Bg 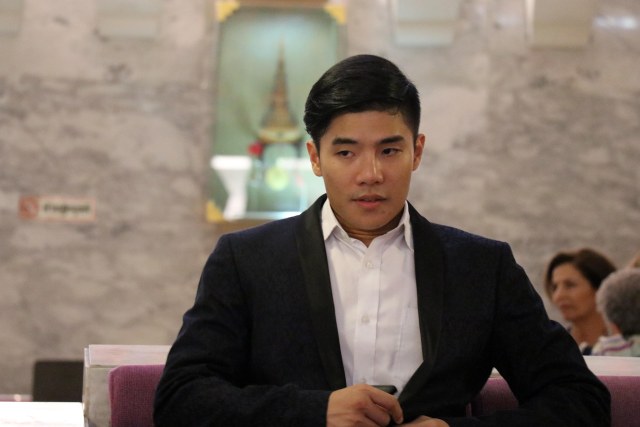 A face at the opera 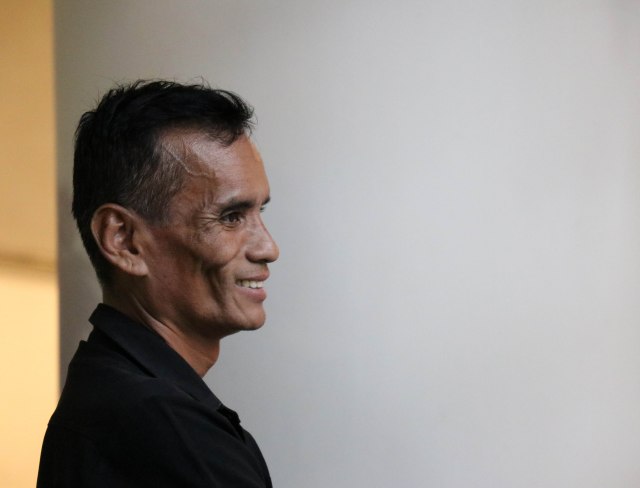 Another face at the opera

The opera was performed at the Thailand Cultural Centre – a large modern performance space with several theatres and an impressive spirit house in the forecourt. While audience members were not quite as well dressed as European theatre-goers tend to be, quite a few made the effort and I was able to indulge in my “faces at the opera” photography.

A woman who dressed for the opera

But for me, opera is one of the purest forms of entertainment imaginable.

Opera has (usually) huge visual impact with wonderful settings and costumes, it is (usually) emotionally challenging with a powerful story line. Opera has stirring music and is, above all, a celebration of the most superb musical instrument – the human voice.

Mr Ed, the talking horse, was played by the gelding Bamboo Harvester and his voice was supplied by the US Western film actor Allan “Rocky” Lane. I’m not sure if Mr Ed – or Rocky Lane – ever sang opera, or if Maria Callas or Nancy Yuen ever attended a horse racing day, but the races and the opera are both, in their own ways, superb entertainment.