Thailand has many elaborate festivals during the year but the most popular are Songkran – the Thai New Year and a great excuse for massive water fights – and Loy Krathong, a time to cast off poor spirits, to seek blessings for a better life and to pay respect to the water gods. 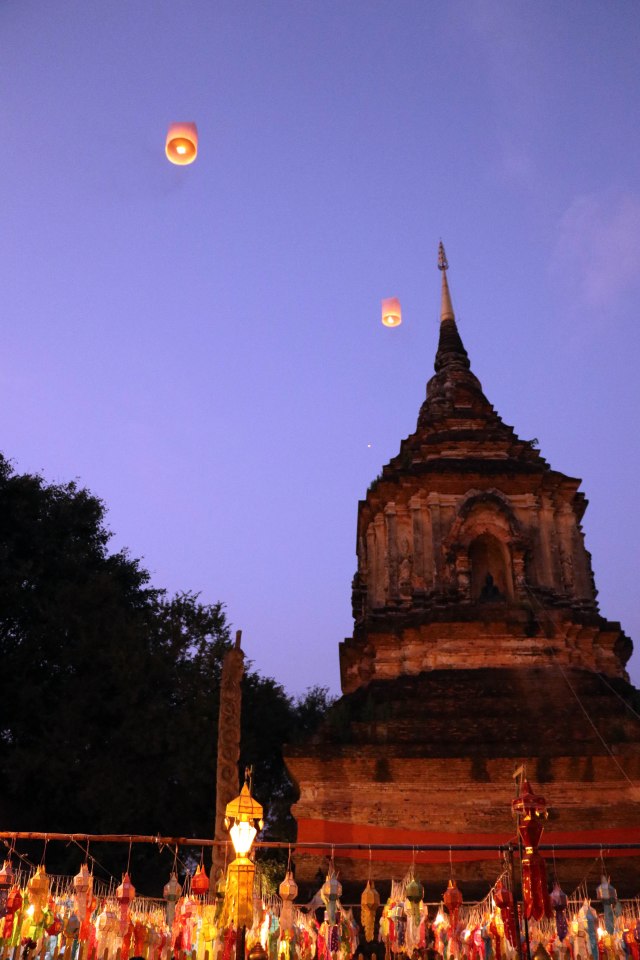 In Chiang Mai Loy Krathong is combined with the ancient Lanna festival of Yi Peng, when thousands of hot air balloons are released and when hundreds of flights into and out of Chiang Mai are cancelled or re-scheduled. One year I flew home from Bangkok during this festival and it was an amazing sight to see air-borne lanterns drifting past both sides of the plane. It was even more amazing that none of them caused the plane to crash. 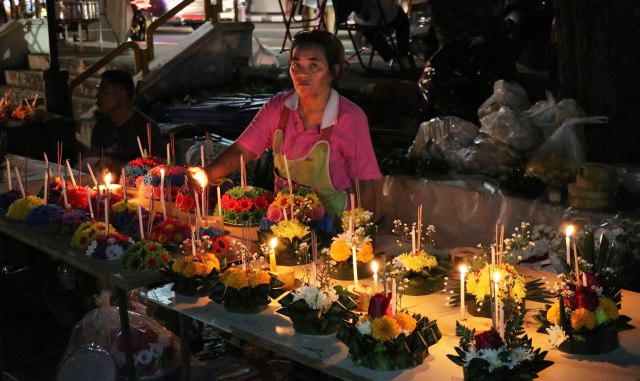 Loy Krathong is celebrated on the evening of the full moon in the twelfth month of the Thai calendar – usually in November.   It is an occasion for homes and offices to decorate their front gates using banana and bamboo leaves, strings of lush orange marigolds, candles and lanterns of all shapes and sizes. 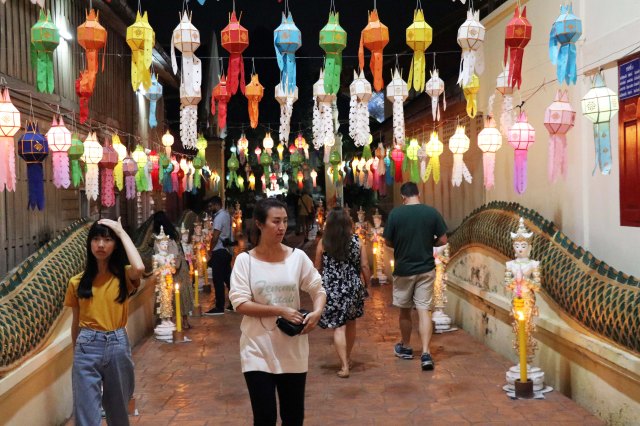 Entrance to a temple

Krathongs floating on the Ping River

It is a time to make – or buy – a krathong made out of bread or banana stems decorated with intricately folded leaves, flowers, candles, incense sticks and sometimes bearing a coin or two. The candles and the incense are lit, the krathong is set afloat on a river or in a lake and as it drifts away – hopefully not sinking – it carries the prayers and heart-felt wishes of the devout.

If it sinks then all hope is lost and you might as well not get out of bed.

In Chiang Mai a huge parade features giant krathongs, kids, young men and women, and old folk all dressed in traditional Lanna costumes. Some of the men have elaborate (but fake) tattoos from waist to mid-thigh replicating the old court customs of the ancient kingdom. 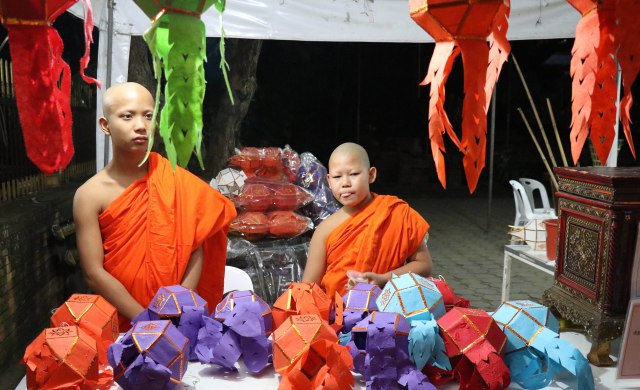 Temples are ablaze with candles as the monks at each wat sell offerings and prayers are offered to Buddha.

Songkran may be riotous and wet and fun – but Loy Krathong is quieter, more dignified and a particularly beautiful time of the year. 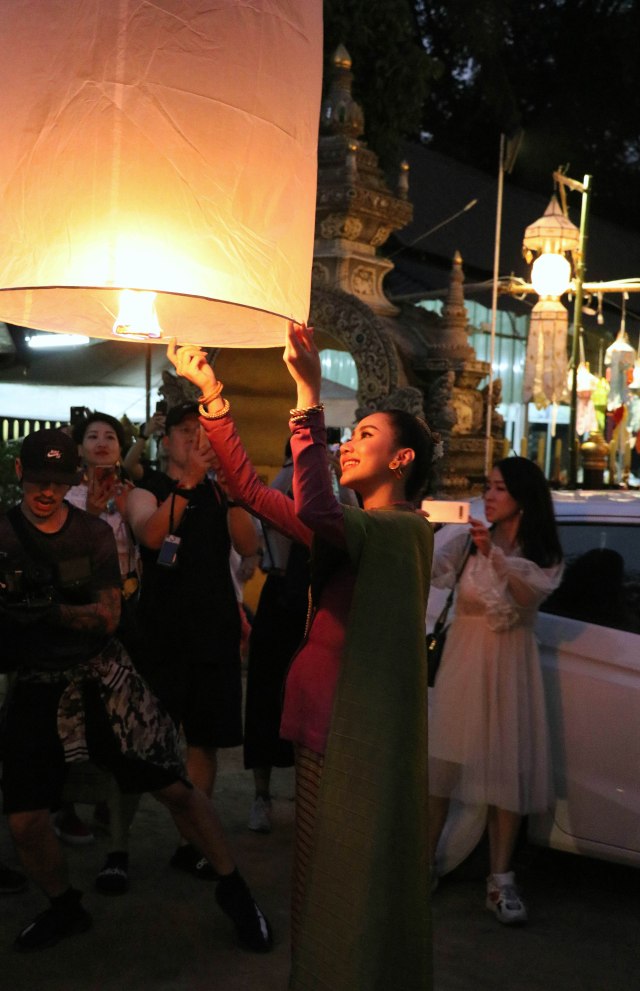 Khom Loi ready to be set sailing into the night skies

In 2019, Loy Krathong fell a day or two before another important date – 11 November – Remembrance Day.  After the beauties of a candle-lit festival it was sobering to attend a ceremony at the Foreigners’ Cemetery when those who fought and died in various wars were remembered. 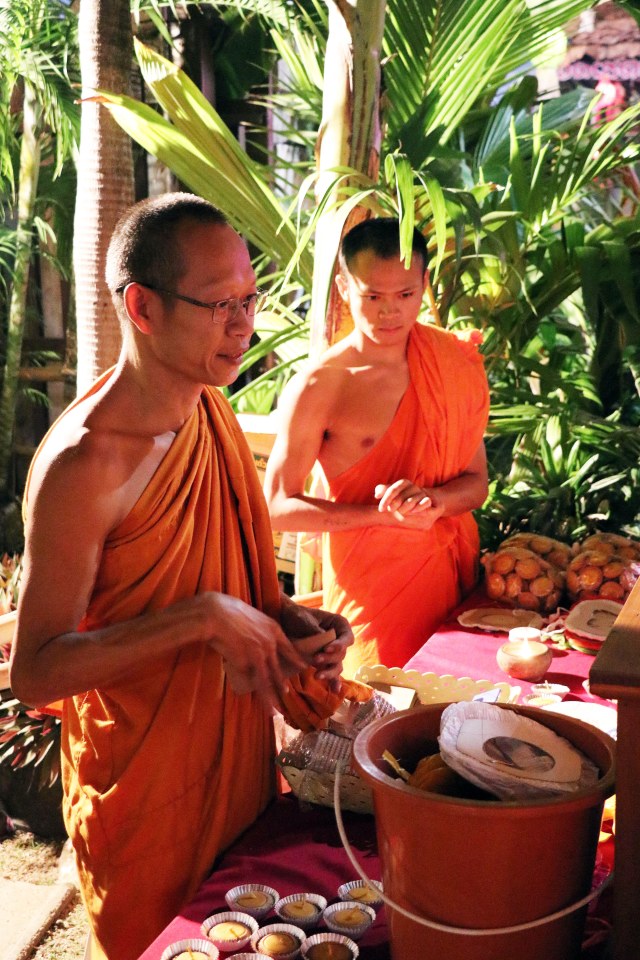 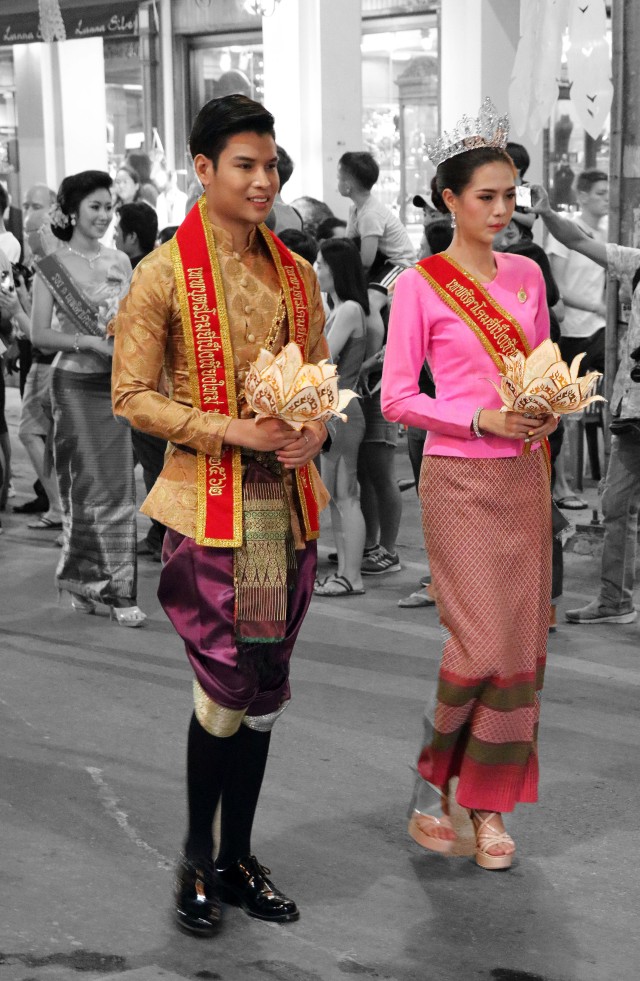 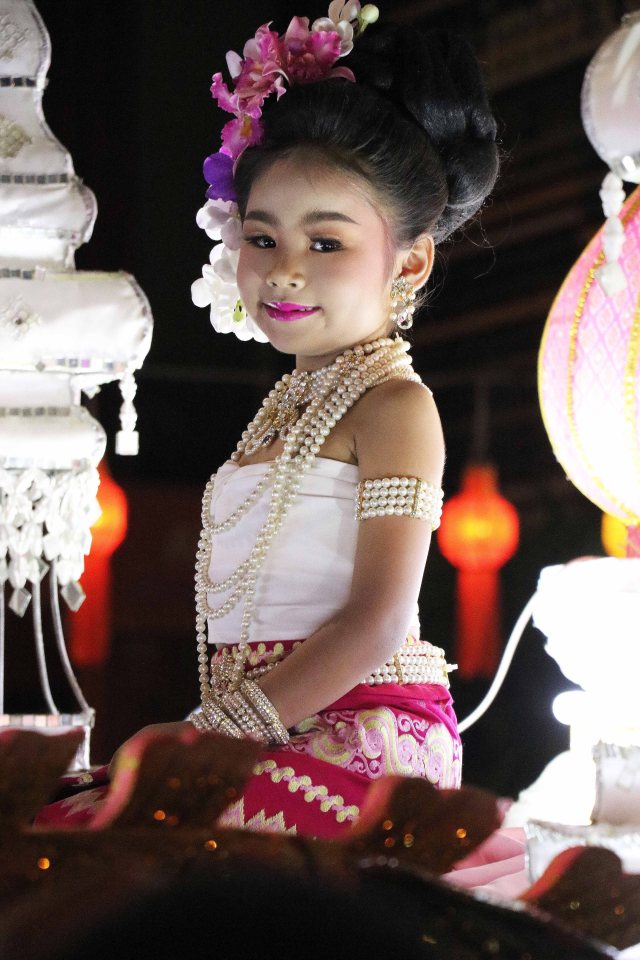 Illuminated elephant by the Old City moat and city walls