Chiang Mai has four seasons – the Four Seasons Resort, plus summer, winter and the wet season. The resort is a pleasant place for a meal or a sundowner watching the gardeners harvest rice. Winter in Chiang Mai is the pick of the year, lasting from about October to about February when the skies are clear, the nights are crisp and life is at its most jolly. Rainy season is also a great time to visit as temperatures drop by a few degrees and mornings are usually bright and sunny, with some heavy afternoon showers. 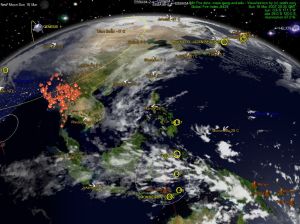 And then there is the summer season – a time when no man or his dog would really want to be anywhere near the place. Recently I have had several visitors who came to Chiang Mai and while they enjoyed many of the charms the city offers, the weather was not on their list of favourites. Unfortunately for those of us who live here we have little choice – either endure the season or escape for a few weeks as many residents do.

Summer temperatures regularly reach 41 or 43 degrees Celsius or higher and night temperatures are usually in the low thirties – air conditioners are needed for a good night’s sleep. But heat by itself is manageable – loll about in a swimming pool, wear light and loose clothing and sun hats, escape to a shopping mall and enjoy its chilly air conditioned atmosphere, or barricade the house, draw the curtains, lock the doors and windows and turn on every fan or air conditioner you have. Construction workers and farmers and many others do not have the luxury of these options and have further difficulties to contend with as the dust their work creates adds to the discomfort, as do the fumes from slowly churning traffic passing by.

But even the heat and the construction dust are just about bearable. What is not bearable is the man-made pollution caused by fires, making summer more commonly known as the smoky season. 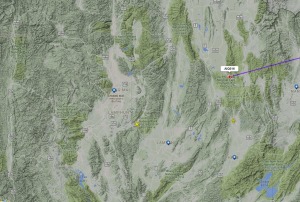 Chiang Mai is on a small plain almost totally surrounded by mountain ranges, so refreshing breezes are not too common – or helpful. The various governments – and His Majesty the King – have all tried to prevent the age-old practices that contribute to the smoke problem, but so far there seems to be little change and little improvement to the air quality. At the moment, the AQI index in Chiang Mai is 174 (it has gone up from 154 in the last hour), which is classified as “Unhealthy” with the effect that “everyone may begin to experience health effects” and that “ members of sensitive groups may experience more serious health effects.” Still, that is a lot better than a reading one year ago, where a local international school recorded a reading of 441. http://aqicn.org/city/chiang-mai 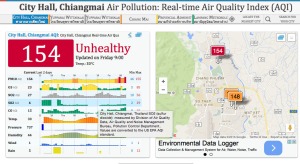 At 10.00 this morning I could not see the sun. Chiang Mai’s airport is just a few kilometres away from my apartment – and I can usually see aeroplanes landing and taking off. Today I cannot see the runway lights and while some flights in the province have been cancelled because of poor visibility those planes that do take off are, for the most part, just an invisible rumbling of noise until they are almost directly overhead when at last I can see the ghostly shape of the plane … but cannot see it in sufficient detail to know what airline it is or what sort of aeroplane it is.

In and around the moats surrounding Chiang Mai’s Old City, fountains are desperately spraying the air to help refresh the atmosphere, and on some roads there are overhead sprays that do their best to cool things down and to purify the air – but only have the effect of making muddy puddles in the dust and ash covering everyone’s cars. Many cafés have micro-jets spraying the air – and while these are laudable notions, they are using water that is becoming ever more precious.

One of Thailand’s most famous and most enjoyable festivals will be upon us soon: Songkran, the Thai New Year. Traditionally, children observed the New Year by pouring water over their elders’ hands and feet in a ritual of humility and thanks. This has evolved into a three- to seven-day water war with kids and adults in the back of pick-up trucks armed with buckets of water and huge water pistols drenching everything and everyone in sight. It is not a time for the timid to be talking a quiet walk along the city’s moats … Because of the drought, authorities this year considered banning the festivities but have now limited the water-throwing to the three official days of Songkran. Who knows? With all that water slopped about it may help clear the air …

So why is this pollution happening? Aha! Blame Myanmar and Laos. Blame China. We are a bit too far away to blame Indonesia – although Singaporeans have every right to do so for the pollution they have to tolerate every year. 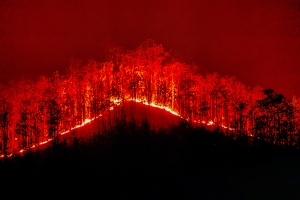 There is certainly plenty of evidence that neighbouring countries do have forest fires – often deliberately lit – that contribute to the problem, but there are also causes closer to home. Farmers have traditionally burned their rice fields – to get rid of old rice husks and stalks and to get the fields ready for the new season’s planting when the rains come. Rain? What is that? Chiang Mai has not really seen any rain since last October and is unlikely to do so until May. The amount of dry undergrowth in forests caused by the usual long dry season – many parts of the Kingdom have been declared drought zones – provides plenty of fuel for fires. Some hill tribe farmers burn this rubbish – apparently in some cases to encourage the growth of a particular type of mushroom they then harvest and sell to make a living. Occasionally farmers are arrested – and may face prison terms or fines up to THB 150,000 (about AU$6,000) that they would not be able to pay. http://englishnews.thaipbs.or.th/content/151499.

Today and for the last few days helicopters are swooping over the city dragging large buckets of water dredged up at Huay Tung Tao lake, and water bombing fires on the Eastern side of the city. The local government has tried to rationalise burning procedures. International meetings are held. But not much seems to come of any of it.

Schools occasionally are closed – or children are forced to stay indoors rather than going into the playgrounds. The Mae Rim school where I used to work has installed air purifiers in every Junior School classroom – and white goods distributors have displays of air purifiers on sale at special prices. More and more people in the streets are wearing facemasks in an attempt to stop particulate inhalation, and then there is the black snow. 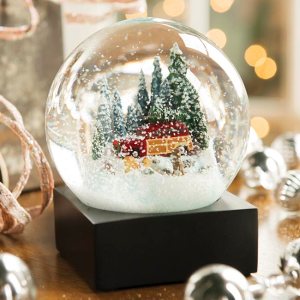 As a child I had a snow dome – a small glass ball mounted on a base and filled with tiny white plastic particles that swirled around a wintry scene in the water-filled bubble. I have since found that it is possible to find such devices filled with black snow – but rather feel that to go hunting for one while living in Chiang Mai in the smoky season would be identical to the clichéd but highly appropriate saying of “taking coals to Newcastle”. 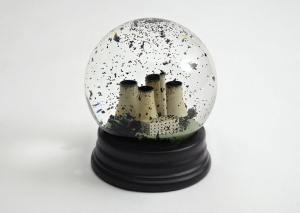 I was sitting outside recently (on a day when the AQI was much lower – and thus “better”) but gave up and went indoors after falling flakes of soot landed on my face, on my book, and on everything around me. The floors of my apartment are covered in a fine grey dust that turns soles of feet and visitors’ white socks a smudgy black. The same film is on kitchen bench tops, tables, my office desk and every other surface. The swimming pool I go to usually has clear green water … but today it is like that childhood snow dome, with black particles falling from the gritty sky, landing on the water surface, then swirling around as they sink to the bottom.   Pool staff have to clean the pool more frequently in a battle to maintain its cleanliness.

But there are advantages of sorts. The hot dry air dries laundry very quickly (in a few month, in the rainy season, I will be complaining that my washing never dries), and the evening sunsets when the sun pokes through dense clouds of smoke are quite spectacular, with a fiery orb sinking behind invisible mountains. And it all happens for just a few weeks in March and April – unlike the year-round pollution in New Delhi, Beijing – or to a lesser extent, Bangkok. But I rather doubt that these “advantages” go anywhere close to justifying the current unpleasant state of Chiang Mai and perhaps I should go back to the snows of Japan.