After a week or so in Malta I spent some time in Israel and in the Kingdom of Jordan – two countries that share a common border and a similar bloody history but little else, except, perhaps, for a “prophet” or two …

These countries have millennia of traditions and enmity and conflict – based, it seems on what the British map drawers and diplomats decided, on what the mullahs or the rabbis or high priests, or the cardinals and bishops have said, or on what Man has said that the Bible, the Torah or the Koran have ordained.

Three or so weeks after my short visit to these Jewish and Muslim places I am still not quite sure what to make of them. In each I encountered friendly and helpful people (including a delightful and helpful Christian couple with whom I had lunch in Amman and in whose apartment I spent several days), in each there were wonderful historical worlds to explore, and in each there were things that made me only too glad to get out of there as quickly as possible.

– Huh – they are just Bedouins. They come here and move on after a while

– Yes, there is a train line but it is mainly to take pilgrims to KSA (Saudi Arabia)

– We used to be enemies of the Jordanians but now we get on very well with them and you will see that all road signs here are in Hebrew, English and Arabic 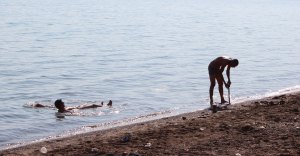 – No – it is not natural. He is a homosexual. That man told me

– The hotel you have booked at Petra is being renovated but we have moved you to the Moevenpick Petra Resort hotel instead. You will like it because it is only two minutes’ walk to the entry to the historical site

– Do you like this sculpture? We can ship it anywhere in the world for you

– Where have you been? I was getting worried. (My room is now ready? Good – I was walking in the Old City for a few hours but I am now happy to check-in and have a shower.)

– We have to import everything – electricity from Egypt, oil and gas from the Saudis and if we are friendly with them the price of gas is low – same as with the US. They send us wheat so when we are friendly the price of bread is low, but at other times it becomes very expensive

– Oh – they are live sheep from Australia. The price of mutton is very high

– Can you give me the number of the new flight ticket you bought for the TLV AMM flight with Royal Jordanian?

– Why would you want to spend three days at Petra? Just one day is enough to see the ruins 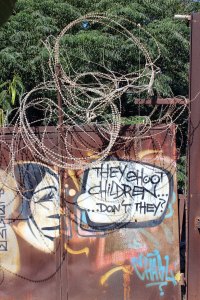 – They shoot children … don’t they?

– Can you show me where this (five-star) hotel is on the map? Nope – sorry – you will have to take a taxi. Walk? But it will take you one hour or more

– You want a pony? It is included in the price

– You want a camel to go back? Half-price now

– How much further and how many steps to get to the Monastery ruins?

– You want mint tea AND a glass of Coca Cola?

– Ah! So you saw David Gerstein’s gallery in Tel Aviv? He is one of our greatest contemporary artists

– This is very traditional Jewish food. Do you know what shakshuka is?

– OK – I will give you mixed grill then

– Do you want shisha?

– I am Hassein. Are you Mr Chris? Today we change taxi 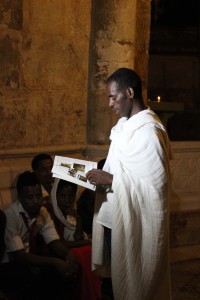 – Watch where you are walking in Tel Aviv – there are people on motorised bicycles, motorised scooters, motorised skateboards … and all on the pedestrian footpaths

– Do you want another gin and tonic? 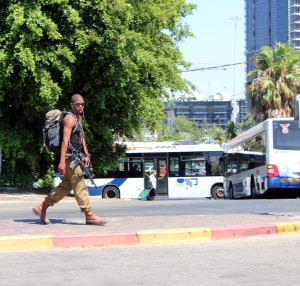 – This is where Jesus was flagellated and given his cross

– I arrived on Royal Jordanian flight RJ 434 but my bags did not – can you please find them?

– Soldiers in uniform are admitted free

– We will stop at a place before Petra – where the prices are sensible. In the ruins a bottle of water will cost you five Jordanian dinars (about AU$ 10.00)

– We can give you very cheap tour

– You must get a smart phone! I have a 76-year old Canadian client who knows how to use it – and it would have stopped me from having to wait for you for one and a half hours

– Do you see any trucks? No – that is because in Israel trucks are only allowed to drive at night

– No – I am Sunni not Shiite. Sunnis are friendly and are allowed to marry whom they want. The Shiites are the ones who behead people

– I spent two years in Melbourne – I call it Sports City

– At the same time Jesus, the Jewish citizen, made his pilgrimage to Jerusalem and performed the Seder – the ceremonial meal for Passover – with his disciples on Mount Zion. This meal later became known as ‘the last supper’. Jesus criticised all the leadership and therefore the Great Priest transferred him to the Romans, who asked him, ‘Are you the King of the Jews?’ Jesus answered, ‘You said that.’ Pontius Pilate viewed Jesus as a traitor to the Kingdom and gave an order to crucify him at the Golgotha in Jerusalem.

– Expensive? No – not at all as expensive as prices in Israel

– A few years ago we had deep snow in these hills leading to Jerusalem – and the only way in was with the old railway. That is why they are now building an underground railway all the way from Tel Avid to Jerusalem 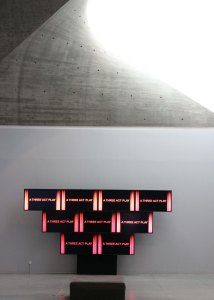 – Ah! You made the mistake of rubbing your eyes after swimming in the Dead Sea!

– Go to the Dead Sea on the Jordanian side – you can easily walk into the water. On the Israel side there are boggy marshes

– Jaffa and Yafo are the same place – the old port south of Tel Aviv – but Jaifa is different. It is to the north 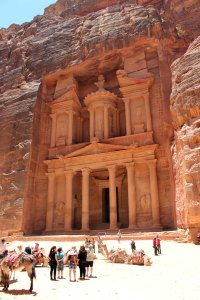 – The candle-lit concert at Petra’s Treasury is wonderful – you should go!

– Why did you fly to Jordan? It is a lot cheaper to cross the border by car or bus. How much did you pay for the ticket? 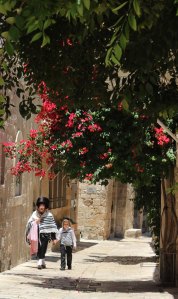 – Sorry – during Shabbat our Room Service menu is very limited. In a “kosher” hotel such as this one, staff are not allowed to use computers or printers … or even to use machines to make hot meals in the restaurant or for Room Service. I don’t agree with it but I have to obey. The Room Service menu has asterisks showing what is not available on Shabbat: Hot coffee, Espresso, Hot cocoa (but tea is available), any soups, any main dishes and all the Chef’s Specialities are off the menu as well. (Cold cuts anyone?)

I enjoyed the historical sites I visited in both countries, and found that almost without exception the Arabs and Israelis with whom I had personal contacts were friendly and helpful.

I now live in a country where Buddhism dictates that alcohol cannot be purchased on certain days – and I accept this. So I am probably irrational in my feelings towards orthodox Judaism and its acquired customs and the strictures it imposes on non-Jews, and equally irrational in my dislike of having the rules Ramadan forced upon me: in other Muslim countries such as Malaysia, Ramadan is observed equally fervently by Muslims yet they allow non-Muslims to live their lives according to their rules.

I would return to Malta in a flash, and to Slovenia and even Italy – the other countries I recently visited – but Israel and Jordan …? Perhaps not.

6 thoughts on “Israel and Jordan: Neighbours, but worlds apart”